Hegel is a company based in Oslo and was founded by Bent Holter in 1988. During this time, Bent was studying at the Technical University in Trondheim, Norway. Bent could not put up with the distortion that was produced by the electronics of that time, for example, when a single signal was delivered to the amplifier, it would give out additional signals, which were distorting the sound.

Holter decided to find a solution for the problem, so he based his thesis on eliminating the harmonic distortion associated with solid-state amplifiers. This project drove him to set up his company which he named after the rock metal band, “The Hegel Band,” in which he played in his free time. Whenever the band needed amplifiers for their concerts, Holter would build them himself. However, though his ideas had taken on real shape, it took him time and money to refine the technology.

The company then grew rapidly during the nineties. Initially, Hegel produced patented audio technology, which is nowadays referred to as SoundEngine. Then, in 1994, this brand launched its first DAC followed in 1996 with the launch of a CD player.

Other than the SoundEngine, today, Hegel has more than six original technical solutions. The company creates high-performance Hi-Fi components such as integrated amps, CD players, power amplifiers, preamps, and integrated amps and some of the most modern and sophisticated Digital to Analog converters.

All products produced by Hegel are designed in-house in Norway and based on technology not commonly used in music systems. With the type of technology used by the Hegel brand, you are guaranteed to get a superior sound quality as most of the design of the audio components is rooted in semiconductor technology, high-frequency technology, scientific research, and telecommunication technology. 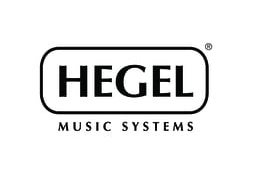 You've just added this product to the cart:
We use cookies on our website to give you the most relevant experience by remembering your preferences and repeat visits. By clicking “Accept All”, you consent to the use of all the cookies. However, you may visit "Cookie Settings" to provide a controlled consent.
Cookie SettingsAccept All
Manage consent