Technics was founded in 1965 and is a brand name of the Panasonic Corporation which produces various electronic products. Their name was derived from the word ‘technology’ which symbolised Panasonic’s commitment towards creating high-quality audio. Since 1965, Panasonic has been using Technics as a brand name for the production of various Hi-Fi products such as amplifiers, tape decks, speakers, turntables, receivers, and CD players.

When the Technics brand debuted in 1965, it launched Technics 1 which was a small, closed type, two-unit speaker system that had a 12’ 12PL50 woofer which reproduced bass and a 5HH17 performance horn type tweeter. The first ever direct-drive turntable in the world was created by Shuichi Obata who was an engineer at Matsushita (now known as Panasonic). This turntable eliminated belts and instead employed a motor that directly drove the platter on which the vinyl record sat. In 1970, Matsushita Electronic Industry released Technics SP-10 which was the first direct drive (DD) turntable in the world. This enabled low-speed revolution without vibration and, later, a wide array of high-quality audio products that included CD players, power amplifiers and control amplifiers.

In 2002, most of the Technics products were rebranded as Panasonic except in Japan and the former Soviet Union where the brand held a considerable appeal. In October 2010, Panasonic discontinued Technics for the majority of its products. However, in 2014, the brand was revived with high-quality turntables that delivered richer, engaging and more authentic musical sounds. Currently, Technics sells products such as turntables, amplifiers, electronic pianos, micro Hi-Fi systems and DJ equipment in Europe and the USA. 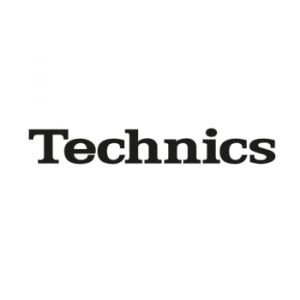 VIEW DEAL
Free 1m Audioquest interconnect cable
You've just added this product to the cart:
We use cookies on our website to give you the most relevant experience by remembering your preferences and repeat visits. By clicking “Accept All”, you consent to the use of all the cookies. However, you may visit "Cookie Settings" to provide a controlled consent.
Cookie SettingsAccept All
Manage consent