Elac Debut 2.0 B5.2 is an efficient bookshelf speaker delivering better performance as compared to its price. Its previous model Debut B5 is an award-winning speaker by Elac, and its new model B5.2 yet provides even better sound experience and performance despite of its small size. B5.2 serves its users with the sound that other speakers in the same price range cannot deliver.

Few speakers have garnered such critical acclaim as the original Debut Series by ELAC. They established a new value proposition, with build quality and performance never before attainable at such an affordable price. Debut “changed the game,” and now it’s changed again with the Debut 2.0 Series—proof that ELAC can’t leave well enough alone. Redesigned from the ground up, they sound even more remarkable than the speakers that sparked the revolution in high-end sound.

A new silk-dome tweeter features a wide-roll surround and takes response up to 35,000 Hz for even more lifelike high frequencies. The waveguide improves directivity control and eliminates the diffraction modes inherent in traditional box enclosures.

The revised shape of the aramid cone offers even greater stiffness and damping, far superior to polypropylene or paper. The added strength allows more flexibility in design to achieve a smoother, extended low-frequency response. 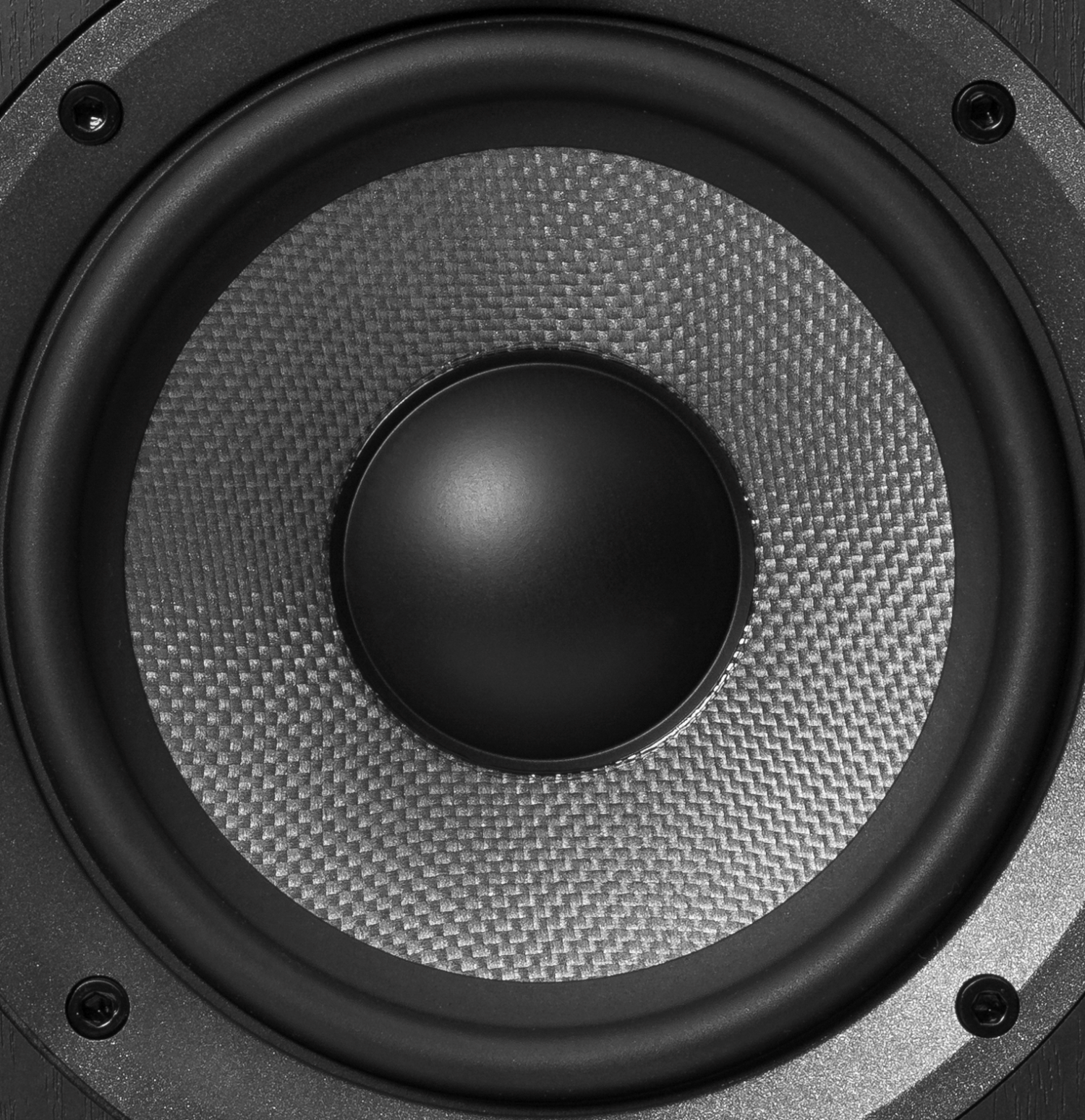 Thick MDF cabinets with a luxurious black ash vinyl finish are larger, and internally braced for greater stiffness and strength, greatly reducing cabinet vibrations which cause unwanted coloration. On the Bookshelf and Center Channel, moving the bass port to the front of the cabinet means placement against walls or in bookshelves won’t compromise performance.

Recognizing that in a multi-channel system the majority of sound comes through the center speaker, we have optimized sensitivity and impedance to minimize the power requirement from the AV receiver, maximizing dynamic impact from lower cost receivers.