What is Dolby Atmos

Dolby Atmos, until a few years ago, was known for being one of the most recognised technologies in cinemas. It was the only place you could experience that genuinely magnificent sound, the type of sound that vibrates through your very being and fully immerses you in a movie. But Dolby’s Atmos iconic surround sound technology has quickly transitioned to home cinema and can now be enjoyed by everyone, at home.

In Dolby’s own words, Atmos is: “…the most significant development in cinema audio since surround sound.” And the company is not wrong.

Originally developed in 2012, Atmos is a surround sound technology with channels that send sound from overhead. This surpasses the current 5.1 and 7.1 set-ups and allows sound to really come alive, enveloping you in a ‘dome of sound’ and giving you a magnificent 3D audio experience.

This immersive, 360-degree audio experience has been made possible through incredible advancements in acoustic technology and developments in sound editing software, producing ‘object-based’ sound that places and moves audio around to bring the sound alive from every direction, including from above. This is a mighty achievement and allows for outstanding clarity, depth and detail, not to mention a remarkable experience for you, the audience.

How does Dolby Atmos Work?

The more traditional surround sound formats such as Dolby Digital deliver sound through a 5.1 or a 7.1 channel set-up. The ‘5′ set-up consists of a left front, right front and centre speaker plus left and right surround sound speakers, and the ‘point 1’ refers to the subwoofer. The ‘7’ set-up is the same except for two extra speakers, usually positioned behind you. When a soundtrack is produced, different sounds are assigned to different speakers, creating the ‘surround sound’ effect. Typically, the centre channel is used for dialogue, dramatic music and sounds are to the front left and right channels and the ambient sounds are usually mixed between the left and right surround channels. All the low frequency effects are sent to the subwoofer.

Does this all sound familiar? Of course it does, and this set-up does indeed make for stunning surround sound, but Dolby Atmos goes further with an even greater sound achieved by the addition of overhead or elevated speakers to your set-up.

Because sounds are encoded as ‘objects’, rather than sending an audio track to a specific channel, for example, a front left or front right speaker, sound designers can assign an audio track to a specific location. This includes assigning a sound to ‘overhead.’ This gives sound designers huge flexibility with the audio, and by adding another audio source, the sound becomes three dimensional, totally immersing and surrounding you with the highest audio quality possible.

How to Set up Dolby Atmos at Home

It’s unlikely that you will have the space to accommodate in your home, the same number of speakers most cinemas use for their Dolby Atmos sound! This is typically up to 400 speakers in the most modern of venues. But that doesn’t mean you can’t create a similarly immersive experience with the correct equipment.

As with your traditional surround sound system, the basic set-up for Dolby Atmos is your starting point. From there you can add at least two overhead/elevation speakers making the system a 5.1.2 system.

Crucially, you will need a Dolby Atmos receiver to recognise the sound sent to your surround speakers. To this end, you must ensure your AV receiver offers Dolby Atmos. The receiver is a critical part of your home entertainment system. Hence, you must have a receiver that can efficiently power your speakers and decode a Dolby Atmos soundtrack.

To efficiently bring Dolby Atmos cinema sound into your home, just add two or four ceiling speakers to your system. A second option is to install add-on speaker modules on top of your existing bookshelf or floor standing speakers. Alternatively, consider the purchase of a purpose-built Atmos Speaker System.

When a Dolby Atmos system is installed, each speaker has its own discrete feed, enabling new front, surround and ceiling-mounted height channels. The room thereby is calibrated, which allows sound mixers to precisely ‘place’ sounds and voices at exact points in the sound field rather than just to specific channels.

This entertainment system set-up, when used to play a pure Dolby Atmos mix, allows you to hear the sound as it was always intended, so your source material must be encoded in Dolby Atmos technology. You are then guaranteed the best, most immersive sound and a truly unforgettable listening experience at home.

Do Speaker Cables Really Make a Difference?   Speaker cables are those long wires that connect speaker to receiver. They deliver... read more

Do you really need a subwoofer?

Speaker impedance is sometimes shown as a complicated subject and thus is either misunderstood or ignored. A fundamental idea... read more

It’s no secret that audiophile headphones are only available at a premium price, but they’re certainly worth the cost.... read more

How to Set Up a Turntable

How to Set Up a Turntable Listening to music from a stereo system rather than a tiny MP3 player can... read more

7 Reasons to Upgrade to Klipsch Headphones

Most people carry a smart phone or tablet that contains all of their music and video. Headphones are one... read more

Many music and film fans love to experience the clearest sounds. However, installing a 5.1 home theatre speaker set can... read more

Essential set of Audio Components for a true Audiophile

Hello world! In our first blog article we have decided to write a short summary for newbies outlining what... read more 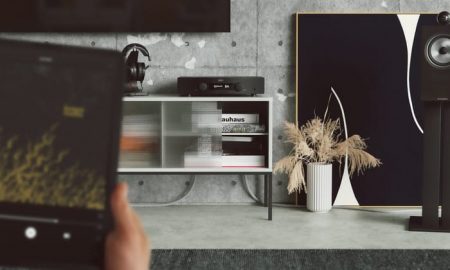 One of the most respected names in the Hi-Fi market is the Norwegian brand Hegel, established in 1988. Known... read more

How to Set Up a 7.1 Speaker System

How to Set Up a 7.1 Speaker System Many people love the sound of centre channel speakers and bring them... read more

The new all-in-one headphone amp and streamer from Naim

12.05.2021 184 1
We use cookies on our website to give you the most relevant experience by remembering your preferences and repeat visits. By clicking “Accept All”, you consent to the use of all the cookies. However, you may visit "Cookie Settings" to provide a controlled consent.
Cookie SettingsAccept All
Manage consent

This website uses cookies to improve your experience while you navigate through the website. Out of these, the cookies that are categorized as necessary are stored on your browser as they are essential for the working of basic functionalities of the website. We also use third-party cookies that help us analyze and understand how you use this website. These cookies will be stored in your browser only with your consent. You also have the option to opt-out of these cookies. But opting out of some of these cookies may affect your browsing experience.
Necessary Always Enabled

Performance cookies are used to understand and analyze the key performance indexes of the website which helps in delivering a better user experience for the visitors.

Analytical cookies are used to understand how visitors interact with the website. These cookies help provide information on metrics the number of visitors, bounce rate, traffic source, etc.

Advertisement cookies are used to provide visitors with relevant ads and marketing campaigns. These cookies track visitors across websites and collect information to provide customized ads.

SAVE & ACCEPT
Powered by