Need a little clarification on the differences between styli and what they mean? No problem. Here we unravel the complexities behind the stylus and explore what it is that makes each type unique.

There are generally four shapes of stylus (excluding a separate type for 78rpm records), with the key differentiating factors between them being the form of the tip of the diamond and how it sits within the grooves of your records.

What effect does stylus shape have?
That’s all very well, you might be thinking, but what’s the reason behind this diversity of shapes? Put simply, both the shape and construction of the stylus have an impact on how effectively it replicates the sound from your record. This is due to its positioning within the surface area of your record’s grooves. Additionally, the type of stylus you utilise can also affect the wear and tear of your records over time.

How is a stylus constructed?
Another variable between styli is within their construction. The stylus is positioned at the very end of the cantilever within the cartridge of the turntable, which is connected to the tonearm. The stylus will either be a nude or a tipped (bonded) diamond. So what does this mean?

A tipped, bonded or jointed diamond is exactly as it sounds: a diamond tip glued onto a metal shank which is then glued into the hole of the cantilever. It’s the less expensive of the two types to manufacture, although its construction may affect transient response due to its increased mass in comparison to a nude stylus. As you may have now deduced, a nude diamond construction is where the stylus is a whole diamond that is glued directly onto the cantilever. This premium option will track more accurately and, as such, will cost more.

The form of the stylus shank also differs between square and round types. The shank connects the tip to the cantilever, with round shanks being somewhat trickier to align, whereas square types being much easier to lock into a precise alignment. This is because they’re mounted in laser-cut square holes in the cantilever. As you’d expect, the square types are the pricier of the two options.

With all of that in mind, let’s now take a look at the specifics of the different types of styli and how each of them can impact your turntable setup.

The spherical or conical type is the most commonly used, the simplest and the least expensive of all of the stylus types. The spherical tip has a wider than average radius of around 0.6 mil, tracing less of the smaller groove modulations that represent higher frequencies. Conical styli are best suited to older, lower to mid-range setups, on players with a tonearm that either doesn’t feature a cartridge tilt (azimuth) adjustment, or one that imposes higher tracking forces. The wider grooves of 78 rpm records that we mentioned earlier are usually played with a considerably larger spherical stylus, with a radius of approximately 2.5 mil.

The second most widely used stylus is the elliptical type, sometimes known as a bi-radial. As this name suggests, they feature dual radii, which allows for an improved frequency response with more precise tracking, with the elliptical making contact across a greater area of the groove wall. It also has the benefit of improved play response and generally lower distortion, especially in difficult to track inner grooves. For optimum results with an elliptical stylus, you’ll need to keep a close eye on the tonearm and cartridge alignment. Something to bear in mind is that bi-radial styli can wear a little faster than other types.

As you’d expect, the hyperelliptical, otherwise known as the fine line contact, stereohedron or Shibata stylus is a variation and advancement on the elliptical type. This next phase in the evolution of the bi-radial style benefits from a far sharper design, which makes even more contact with the record grooves, offering impressive high-frequency performance, improved tracking, longer tip life, and even lower wear to your records. However, bear in mind that the fine line contact stylus may produce increased noise levels on heavily worn records, due to its larger tracing footprint.

And finally, we have the line-contact or microline stylus type – the most advanced and therefore the most expensive of the four. This type enjoys a computer designed tip, which comes incredibly close to the shape of a cutting stylus used to make the original master disc from which subsequent records are produced. When correctly aligned, this multilevel ridge shape results in incredibly accurate tracking of high-frequency passages, and also benefits from even wear, which extends the life of both the stylus and the records themselves.

[products_mixed title="Bluesound streamers and amplifiers" ids="13757,13767,13748"] Streaming has come of age. Whether you are looking for a new, standalone, streamer... read more

Do you really need a subwoofer?

7 Reasons to Upgrade to Klipsch Headphones

Most people carry a smart phone or tablet that contains all of their music and video. Headphones are one... read more

How to Set Up a Turntable

How to Set Up a Turntable Listening to music from a stereo system rather than a tiny MP3 player can... read more

Speaker impedance is sometimes shown as a complicated subject and thus is either misunderstood or ignored. A fundamental idea... read more

Do Speaker Cables Really Make a Difference?   Speaker cables are those long wires that connect speaker to receiver. They deliver... read more 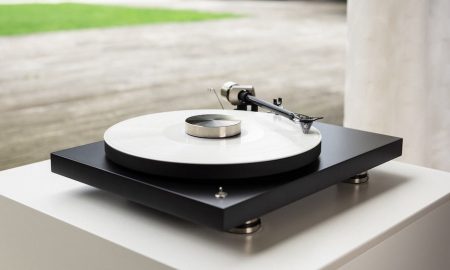 Many music and film fans love to experience the clearest sounds. However, installing a 5.1 home theatre speaker set can... read more

There are many choices when choosing the best sound system for your home’s entertainment system. After you’ve chosen your... read more 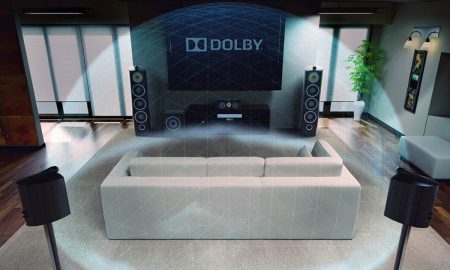 What is Dolby Atmos Dolby Atmos, until a few years ago, was known for being one of the most recognised... read more

04.05.2022 329 0
You've just added this product to the cart:
We use cookies on our website to give you the most relevant experience by remembering your preferences and repeat visits. By clicking “Accept All”, you consent to the use of all the cookies. However, you may visit "Cookie Settings" to provide a controlled consent.
Cookie SettingsAccept All
Manage consent